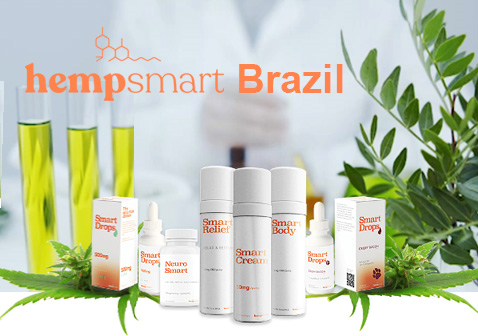 MCOA's Latin American hempSMART™ joint venture currently serves medical users in Brazil, who buy hemp-derived CBD hempSMART™ products by prescription from Brazilian physicians. Brazil, a country with a population of over 212 million consumers, buys CBD in rapidly expanding quantities. MCOA intends to expand our consumer base by delivering more of our high-quality hempSMART™ product portfolio to Brazil and other Latin American countries.

Mr. Guerrero stepped down from MCOA's Board of Directors on July 1, 2022, to work with the Company as a non-executive advisor to our wholly-owned subsidiary Hempsmart Global, Inc., the parent company of MCOA's Latin American hempSMART™ joint venture. This new position will require him to focus exclusively on penetrating the Brazilian market. Consequently, there was a mutual agreement to have Marco step down as a director of MCOA.

Jesus M. Quintero, CEO, and CFO of MCOA stated, "Our joint venture in Brazil is building a solid base for our sales of hempSMART™ product line in Brazil and other significant South American markets, and is a major strategic partnership for MCOA. Brazil, with a sales potential of hundreds of millions of consumers, is central to our vision for expansion. While the US CBD market has matured and is saturated with brands, we believe there is an early market entrant advantage for us entering the market with our established hempSMART brand. Marco Guerrero is building out our South American framework and adding him as a special advisor to that MCOA division further aligns our focus on increasing sales in the region. We are focused on the opportunity for significant market penetration in the expanding Brazilian CBD market."

About Marijuana Company of America, Inc.

MCOA is a corporation that participates in: (1) product research and development of legal hemp-based consumer products under the brand name "hempSMART™", which targets general health and well-being; (2) an affiliate marketing program to promote and sell its legal hemp-based consumer products containing CBD; (3) the expansion of its business into ancillary areas of the legalized cannabis and hemp industry, as the legalized markets and opportunities in this segment mature and develop.

About our hempSMART Products Containing CBD

The United States Food and Drug Administration (FDA) has not recognized CBD as a safe and effective drug for any indication. Our products containing CBD derived from industrial hemp are not marketed or sold based upon claims that their use is an effective treatment for any medical condition as drugs or dietary supplements subject to the FDA's jurisdiction.

Statements in this website have not been evaluated by the FDA and are not intended to diagnose, treat, or cure any disease. Always check with your physician before starting a new wellness or dietary program. Please view our full terms of use agreement for more information and the terms and conditions governing your use of this site. Cannabidiol (CBD) is a natural derivative of cannabis plants that promote and support nutrition, health and wellness, as well as anti-aging. Source: US Government Patent #6,630,507: "cannabinoids as antioxidants and neuroprotectants."

Marijuana Company of America, Inc. (MCOA) does not sell or distribute any products that are in violation of the united states controlled substances act (US CSA) in California. MCOA grows, produces, sells and distributes solutions for health, wellness, and anti-aging companies. MCOA solutions include cannabis- and/or CBD/CBN-based elements. Where allowed, MCOA may sell or distribute solutions containing THC. For more information, please contact us.